This website uses Cookies so that we can provide the user with the best possible use experience. Cookies information is stored in your browser and performs functions such as recognizing it when you return to the website and helping our team understand which sections of the website are most interesting and useful to you.

You can adjust all your Cookies settings by browsing the tabs On the left side.

Strictly necessary cookies must be enabled at all times so that we can save your cookie configuration preferences.

This website uses Google Analytics to collect anonymous information, such as the number of visitors to the site and the most popular pages. 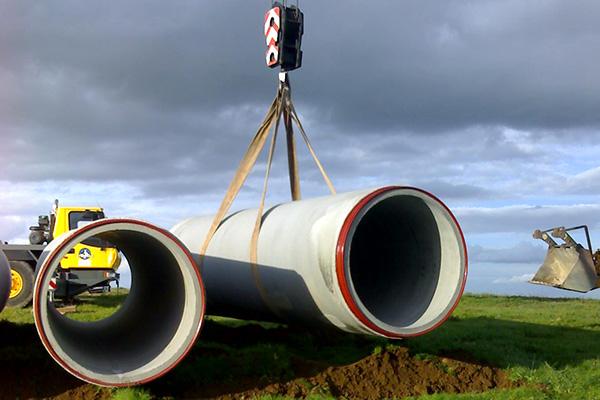 Prefabricados Delta gets the certificates that certify its concrete pipe with steel cylinder as a suitable material for the transport of drinking water.

Each country of the European Union is obliged to comply with the objectives proposed in the Water Framework Directive (DMA) 2000/60 / EC, regarding water for human consumption, pending the establishment of harmonized standards for the entire community territory, each country is applying its own regulations.

Prefabricados Delta has certified its material in France and Spain.

In France, the rigorous controls established by French law have been carried out, obtaining the corresponding ACS (Attestation de Conformitè Sanitaire) health certificate.

The concrete pipes with steel cylinder from Prefabricados Delta meet the requirements of said R.D. and, therefore, they are suitable for use with drinking water according to current Spanish legislation.

Their aptitude is also corroborated by obtaining European health certificates, such as the ACS (Attestation de Conformité Sanitaire) of France.

This shows that there is no migration of the components of the pipe to the water it carries, so we can ensure that the quality of the fluid remains unchanged.

Certificates of conformity for use with drinking water: